A group of organisations launched New Zealand’s first People’s Report on the 2030 Agenda and Sustainable Development Goals (SDGs) this week at Victoria University of Wellington. The report is hosted at www.sdg.org.nz/peoples-report.

The report is the result of many months of work gathering people’s and organisations’ views and expertise on the progressof the global 2030 Agenda and the Sustainable Development Goals (SDGs), which New Zealand signed up to in 2015. It identifies areas where we are making progress or lagging behind, and what we need to do urgently. The report complements the government’s progress report (VNR), which it will present to the United Nations on 17 July.

Despite New Zealand’s reputation as a leader in human rights, a country with a clean, green image, and its work in addressing many of the issues included in the SDGs, the People’s Report identifies clear areas such as persistent inequality, and the major loss of our biodiversity and marine life and the worrying pollution of freshwater sources. The poorer outcomes for Māori in particular draw attention to the effects of many years of neglect and post colonial racism.

A survey of 186 organisations indicated engagement between government and civil society is inconsistent with a lack of collaborative planning and sustainable funding and resourcing models. This is a concern for the achievement of the SDGs, which have multi stakeholder partnerships at the heart of this global development agenda.

With climate change being a major concern internationally and here at home it was concerning that only about a third of those NGOs and others who participated in the survey had a policy on climate change.

The many people who have contributed to the People’s Report hope that together with the government’s VNR report, it will provide a benchmark and open a new pathway for civil society and local and central government to work together so that New Zealand can join other countries in implementing this ambitious multilateral partnership, linking Te Tiriti o Waitangi, the SDGs and the Living Standards Framework.

“When I think about the report, I think about whenua – land, and that land and people cannot be separated – oranga whenua, oranga kai, oranga tangata”, says Moko Morris.

The report launch coincided with the launch of a new SDG website, which has been developed by the School of Government of Victoria University of Wellington, with a view to providing a new hub for SDG discussions in New Zealand: www.sdg.org.nz 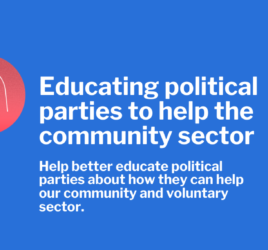 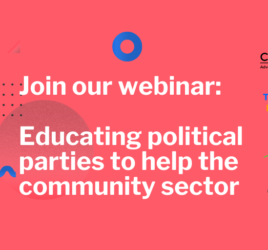 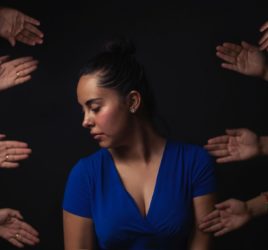